The 4 Petals And Guardians Of Light | kauranga | gallery

Secrets in the walls

This movie is about a teenage girl with her name after her ancestor's name. Her clan is called the Tenma-ninnin. Their clan is not a normal clan, their clan is from an tribal region in the feudal era. Their ability is the strength of an demon and beasts, and they have one weakness, which is becoming a slave. And one clan treat them that way it's called the bakudan clan, the clan for bombing in the feudal region in the feudal era. And one teenager from the Tenma-ninnin clan, she was strong enough so she was able to excape from the bakudan clan. It hurt her feelings about leaving her family to get caught. But her reincarnation came frow the door in clan's main house to go to the past to save her ancestors from their pain, like what her past life wants to do.

these two girls are past and now. They both have the same name, Tenma-ninnin Tehonu. The girl on the right is the main charactor of the story. The girl on the left is her reincarnation she is the daughter of the chef of the Tenma-ninnin clan. The Tehonu from the feudal era is 18 years old, the other is 15 years old. 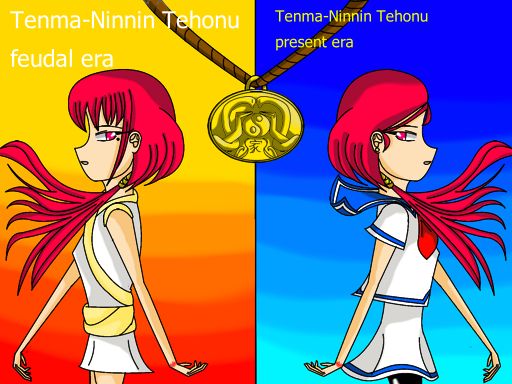 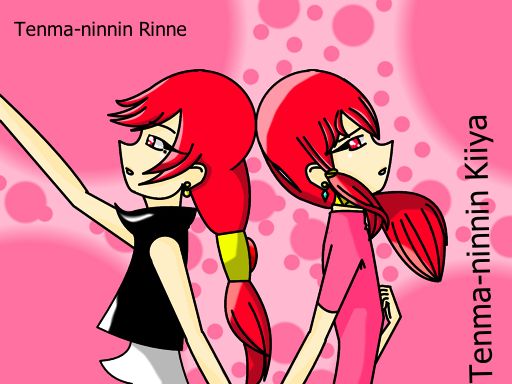 The boy on the left is Tenma-ninnin Rokka. The girl on the right is Tenma-ninnin Kamaru. They are present Tehonu's older sibilings. They all ways pick a fight once in a while. Rokka picks a fight with Tehonu as well, it is because she beat him in a Sparing tests. Rokka is 18, and Kamaru is 17. 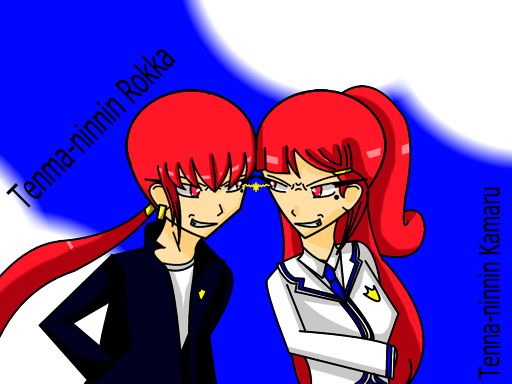 This boy is the youngest of the Tenma-Ninnin family of the present era. His name is Tenma-ninnin Kaii. Age 7. He wakes up earlly to train, at 3 o'clock in the mornning a few minutes after Tehonu wakes up. He is a nice kid he helps anyone that needs help. 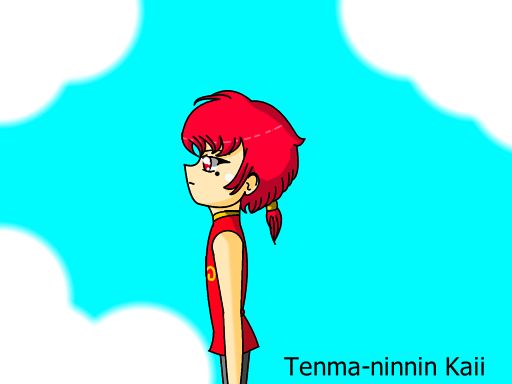 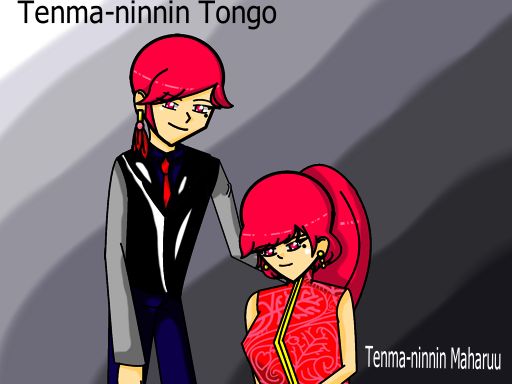 these two boys are allso past and now. They both allso the same name, Bakudan Nonmyodo. The boy on the right is allso a main character of the story. The boy on the left is his reincarnation he is the son of the general of the bakudan clan. The Nonmyodo from the feudal era is 19 years old, the other is 16 years old. 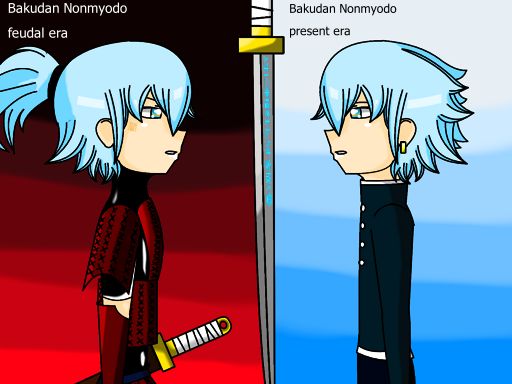